BMW's all-electric car the i3 is officially unveiled

BMW joined the all-electric vehicle bandwagon with the launching of the BMW i3 in its production version simultaneously in three locations – New York, London and Beijing.

It costs €34,950 in its home country, Germany, equivalent to RM151,000 here but don't get too excited yet about the direct currency conversion. We have the tariff, duties, and other import permits that will sure jack the price up much higher. 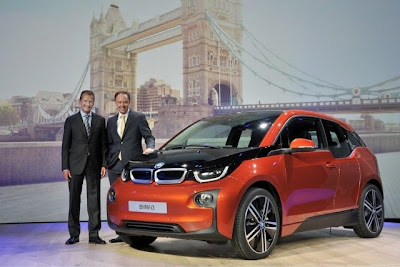 The BMW i3 electric car is unveiled in London


Launching its BMW i3 model, the German group compared the prospects of the electric car market to the technical revolution of the mobile telephone, but declined to give any sales or production targets. 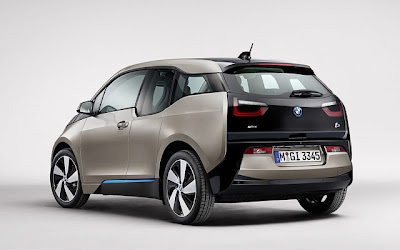 Sleek and distinguished as always

"What the mobile phone did for communication, electric mobility will do for individual mobility. The BMW i3 is more than an evolutionary step -- it is a great leap forward."

The series-produced model will go on sale in Europe in November to be followed in the United States, China, Japan and several other markets in the first half of 2014.

The Munich-based company trumpeted technological features of the model, which can seat four, including a carbon fibre passenger cell to help offset the weight of the batteries and an aluminium chassis.

BMW said the global market for electric vehicles was showing positive development. "After almost 93,000 electric vehicles were registered worldwide last year, a total of 150,000 units is already forecast for the current year," a statement said.