Why do we have fingerprints?

Fingerprints are formed when our skin contracts around our fingers around the middle of pregnancy. The dermal ridges, patterns, etc., formed are unique as this never happens in the same way twice. Fingerprints are the remnants of this process.

An obvious answer would be that rough hands grip better than smooth ones, but in fact this is wrong. The ‘dermal ridges’ reduce friction between the skin and other surfaces because they reduce the area of skin in contact. This might be why we get very few blisters on the soles of our feet or the tips of our fingers.

Another reason is that ridges make skin more sensitive. In experiments using rubber-like sensors on artificial fingertips, researchers found grooves produced distinct vibrations when moved across a surface and these vibrations help with sensing.

Why are fingerprints all different? They are probably like cat fur or shell patterns. Given different genes and environments they turn out a little bit different in each person.

Posted by BnW NewsWire at 5:10 pm No comments:

Email ThisBlogThis!Share to TwitterShare to FacebookShare to Pinterest
Labels: Why and How

Richest person in the automotive industry is a woman

This is such an inspiration and every woman should be proud. 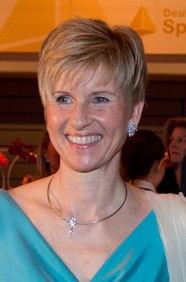 The Richest Car Guy On The Planet Is A Woman

According to Forbes 2012 billionaire list, Susanne Klatten is the richest person in the world who made their money in the automotive industry.

A trained economist, Klatten inherited a stake in BMW from her late father, Herbert Quandt, who rescued the company from bankruptcy decades ago. She also controls chemical manufacturer Altana and holds stakes in wind power outfit Nordex AG and carbon and graphite producer SGL and Geohumus, which focuses on developing a water storing granulate to be used in agriculture.

In 2009, Klatten won a civil case against Helg Sgarbi, an ex-lover who tried to blackmail her for millions. Sgarbi was sent to jail for six years for fraud and attempted extortion. She lives in Bad Homburg, Germany.

Read more at Forbes
Posted by BnW NewsWire at 4:47 pm No comments:

Kiram clan claim 8 charged are Malaysians and not Filipinos

Kuala Lumpur: The Kiram clan has disowned the eight charged with intrusion into Sabah as Malaysians and not Filipinos, saying that two of those accused had actually died in a clash with Malaysian security forces.

Self-styled Sultan Jamalul Kiram III's spokesman Abraham Idjirani had told the Philippines media the sultanate learned about the "fall guys" from a source in Sabah.

The Philippine daily quoted Syarulnizam Salleh, chair of the human rights subcommittee of the Sabah Lawyers Association (SLA), as saying the eight charged with launching terroristic acts and waging war were Filipinos.

Syarulnizam told the newspaper that he learned about the nationality of the eight men during his meeting with Malaysian Attorney-General Tan Sri Abdul Gani Patail on Thursday night.

However, the SLA posted on its website that Malaysian authorities had arrested not only Filipinos but also Malaysians in the security operations to end the intrusion by followers of the claimant to the Sulu throne.

The Malaysian authorities have arrested 108 people suspected of links to the Sulu group led by Jamalul's brother, Agbimuddin Kiram.

The eight alleged followers of Jamalul faced judge P. Ravinthran of the Tawau High Court on Thursday on the charges brought by the Malaysian authorities against them the day before.

The case begins on April 12.