Next thing you know, people steal money from your handphone and not your wallet. Scary, isn't it? Check out the statistics below.

Between January - September 2012, losses incurred from cyber crime is as follow (according to Bukit Aman director of Commercial Crime Investigation Department):-

KUALA LUMPUR (Nov 2,2012): About seven million smartphone users nationwide are exposed to threats from cyber hackers who use smartphones as mediums through which to carry out fraudulent activities like stealing money.

"The hackers' modus operandi is to send a malicious Trojan application disguised as a text message to consumers.

"They are unknowingly charged when they reply to the fake message. "Consumers only realise this after receiving costly phone bills although they did not subscribe to the phony services," he said.

The hackers' activities were executed via downloaded applications such as "type on" that caused the victims to bear the hidden expenses even when they had uninstalled the application.

Lookout Mobile Security was quoted as saying that worldwide users lost millions of dollars last year via malware and toll fraud that attacked smartphone users who had accessed applications from suspicious sources rather than trusted ones such as Apple and Google.

Ismail said police statistics records showed that from January to September this year, losses incurred from cyber crime via text or phone call totalled RM21.8 million. The cyber hackers targeted users of Internet and phone banking services, hacking into and abusing these networks.


Source
Posted by BnW NewsWire at 4:21 pm No comments:

Email ThisBlogThis!Share to TwitterShare to FacebookShare to Pinterest
Labels: Technology, Tips Worth Sharing

Beautiful tree that can charge your Handphone: The Electree+

Yes, it is a tree with solar photovoltaic leaves. No wonder is can harness the sun energy and channel it to yur mobile phones and other gadgets.

A bit pricey for a start, but nevertheless this is interesting. You can bring it to your remote hut. 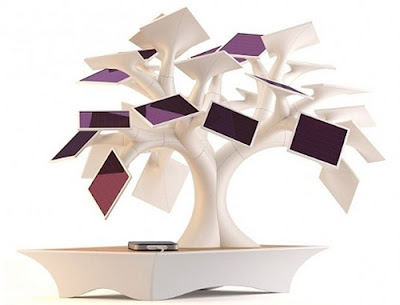 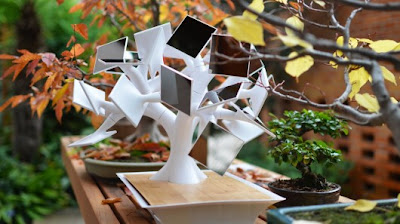 Put alongside with your other plants 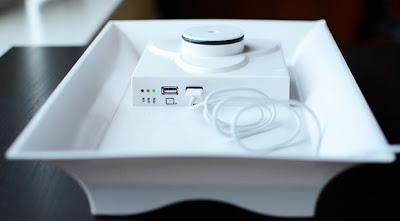 Inside the vase of the Electree+


It is perfect for a year-end gift. But mind you it cost an equivalent of RM1,387.00. Wow, so expensive I may just buy a different kind of solar powered charger.

Posted by BnW NewsWire at 3:58 pm No comments:

ASB (Amanah Saham Bumiputera) is very generous when giving out dividend and bonus. No doubt it is always above the average payout by other Unit Trust funds. Let's see past performance of the fund:

The income distribution will involve a total payout of RM8.13 billion, 17.5 per cent higher than the RM6.92 billion paid out last year. The bonus payout is RM712.2 million compared with RM600.4 million last year.

"Considering the market conditions, which have not been up to expectations, PNB did a fairly good job," he said yesterday.

The dividend and bonus will be credited into unit holders' accounts and they will be able to update their books from Jan 2.

Source
Posted by BnW NewsWire at 3:35 pm No comments: