Samsung's next Galaxy device is a Pro Camera running Android

The Galaxy brand is about more than smartphones. According to TechCrunch, Samsung has revealed a professional-grade, mirrorless camera with interchangeable lenses during a London event recently. 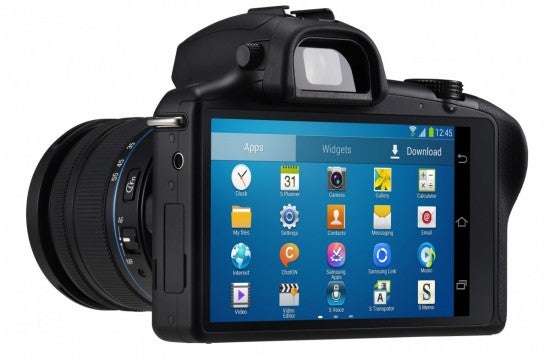 The Galaxy NX runs on Android 4.2.2 Jelly Bean, adding the ability to post high quality images directly within the camera to popular social apps like Instagram.

While Samsung has used the NX moniker for its cameras previously, and the recently announced Galaxy S4 Zoom is a hybrid smartphone and 10x shooter, the Galaxy NX appears to be aimed squarely at pro users.

The back of the Galaxy NX features a 4.8-inch HD LCD, backed up by a 1.6GHz quad-core processor. Featuring a 20.3 megapixel APS-C sensor, the Galaxy NX is also 4G LTE, WiFi, and Bluetooth 4.0 ready.

The Galaxy NX is interchangeable with Samsung's line of existing NX lenses. A shutter speed of 1/6,000 of a second and 8.6fps shooting borders on the expected level of quality found in DSLRs, but there's no indication from Samsung on pricing.

Apparently, the Galaxy NX may hit stores in the UK this summer, but other regional availability was not announced.


Source
Posted by BnW NewsWire at 7:14 pm No comments:

According to report, yes, Sabah can become the centre for Second-Generation Biofuels.

There are more that 120 oil palm mills in Sabah, and according to industry study, they can provide sufficient residues or waste for downstream processing to produce biofuels.

If Sabah can gather these mills in a joint venture initiative, there is no doubt we will be able to tap into the biomass pellets market for Asia region which is estimated to be 10 million tonnes a year by 2020. 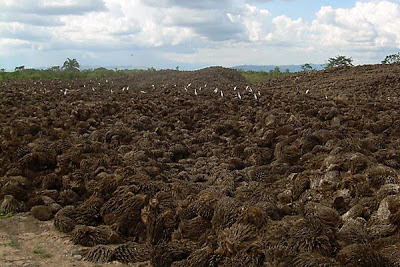 
What are second-generation biofuels

It is more difficult to extract them in the second generation biofuels, but unlike in the first generation, sourcing of raw materials doesn't compete with the food supplies.

The aspiration to turn Sabah into the country's second generation biofuel centre is one step closer with the signing of the first of its kind biomass joint venture cluster here yesterday.

The company will then decide on the best use for the biomass such as producing solid or liquid biofuels in the form of pellets or ethanol, according to a statement from Palm Oil Industrial Cluster (POIC) Sabah Sdn Bhd.


Source: The Green Mechanics
Posted by BnW NewsWire at 4:34 pm No comments:

Sources in the panel headed by former police chief Tun Hanif Omar also faulted the Kuala Lumpur City Hall for their flimsy excuses in disallowing rally organisers to use Dataran Merdeka for the gathering and Syarikat Prasarana Negara Berhad (SPN) for stopping government-owned buses and trains from getting into the city.

The panel was set up by the government to investigate police on allegations of brutality against demonstrators and reporters in the rally on April 28, 2012. It handed over a 500-page report of its deliberations to Home Minister Datuk Seri Ahmad Zahid Hamidi on Wednesday.

Speaking to The Malaysian Insider on condition of anonymity, a source said the panel had criticised police for its high-handedness in dealing with the rally participants after they had breached the cordon at Dataran Merdeka.

The report chronicled the events before, during and after the rally that was held to demand for free and fair elections.

Investigations over the past year had led panelists to the conclusion that the police resorted to violence upon provocation.

“Before 3pm, the police behaved professionally," said the source, adding that this information was sourced from 70 videos submitted by the police force to the panel.

“But after 3pm, when some demonstrators took down the barricade at Dataran Merdeka, all hell broke loose.”

Police charged after the demonstrators, chasing them down at various places in the city centre. And most of those targeted were clad in the now-famous yellow Bersih T-shirts.

“The police had its shortcomings but have learnt their lesson based on what happened during Bersih 3.0,” said another source.

This, said the source, was evident in the recent Black 505 rally organised by opposition parties to protest alleged electoral fraud. KL City Hall was also taken to task for its poor handling in the run-up to the event when they offered flimsy excuses why Dataran Merdeka could not be used, the source added.

“City Hall could have handled it better and avoided the mess.

“The panel concluded that City Hall did not give any valid reasons why Dataran Merdeka could not be used. The panel had to accept those reasons because City Hall is the authority in charge of the historic site," said the source.

The panel also criticised the government-owned SPNB for its handling of buses and trains that link suburbs to the city centre.

- Source
Posted by BnW NewsWire at 2:48 pm No comments: