What is considered disgusting in other parts of the world is a delicacy to others. This is what you'll find in Africa. 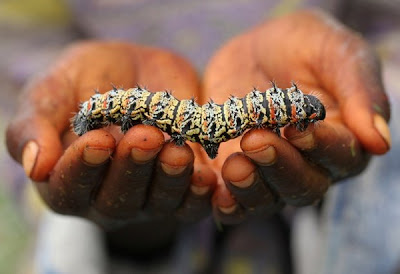 That's how big the mopane worm is. 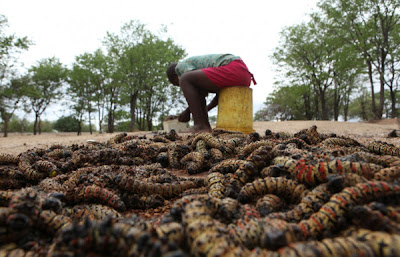 Collect and process in large scale 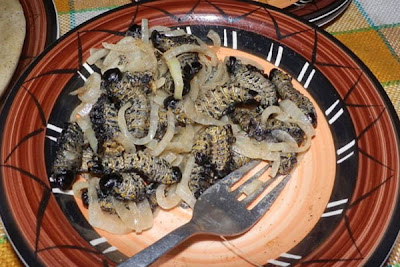 Mopane worms are large edible caterpillar found in much of Africa.

A mopane worm hatches and as it grows, it sheds skin 4 times in its five larval stages, after which the mopane worm is considered most suitable for harvesting. Otherwise it goes into pupal stage and transforms into giant moth, commonly called emperor moth due to it size.

The worms can be eaten dry, as crunchy as potato chips, or cooked and drenched in sauce to enhance the taste.


Source
Posted by BnW NewsWire at 12:10 pm No comments: