If you are a Member of Parliament and you are lazy to attend the sitting, why did you asked to be elected as MP in the first place?

THE Dewan Rakyat was thrown into temporary limbo and narrowly risked being adjourned prematurely due to insufficient quorum.

Many MPs from both sides were either away attending the Umno general assembly or the Selangor state legislative assembly sitting. This was highlighted by Sim Tong Him (DAP-Kota Melaka) who pointed out to Deputy Speaker Datuk Wan Junaidi Tuanku Jaafar that there were not enough MPs in the House.

M. Kulasegaran (DAP-Ipoh Barat), also pointed out that Standing Order 13 (1) stated the quorum of the House must consist of 26 MPs excluding the Chair.

The bell was rung for two minutes after Sim raised the standing order to call for quorum.

MPs were seen streaming into the House and Junaidi then announced that the Dewan met the quorum “by the skin of its teeth” with exactly 26 MPs in attendance.

“I am disappointed. Where is our responsibility towards the Dewan? I congratulate Betong (Natural Resources and Environment Minister Datuk Seri Douglas Uggah Embas) for being here.

“Where are the other non-Umno ministers and deputy ministers?” he questioned.

He then advised all MPs to come to Parliament by 9.45am.

“Let this be a lesson for all of us. The responsibility of meeting the quorum in the House lies with all of us,” Junaidi said.

However, as several MPs were seen leaving the House after the quorum was met, Junaidi asked them not to exit the Dewan.

“Sit inside (the Dewan) with me. Quorum can be called anytime. This is the last day of sitting. I have to do my work,” he said. Debates resumed shortly afterwards.

Posted by BnW NewsWire at 2:30 pm No comments:

Email ThisBlogThis!Share to TwitterShare to FacebookShare to Pinterest
Labels: People and Places, Why and How

Quick thinking by a dedicated employee! 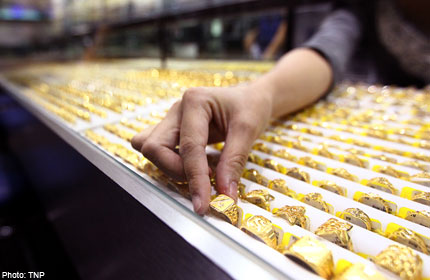 
MALACCA (17-3-2013): A furious employee of a goldsmith shop splashed corrosive fluid on an armed robber who was fleeing with three others after a heist at the shop in Taman Sri Duyong here.

In reaction, the robber hastily fired a shot as he rushed out of the shop. Another random shot was fired to scare off passers-by as the four armed men fled on two motorcycles.

An acid-laced glove and two bullet casings were later found by policemen investigating the 11.30am robbery yesterday.

State Crime Investigation chief Asst Comm Raja Shahrom Raja Abdullah said that any clinic or hospital where a patient had sought treatment for acid burns should alert the police immediately.

There were no other casualties and the losses incurred in the robbery had yet to be determined.

From initial investigations and CCTV footage, ACP Raja Shahrom said based on their size and movement, the men were estimated to be below the age of 30.

Posted by BnW NewsWire at 2:30 pm No comments:

Be careful with foreign nationals (Nigerian, Filipino) operating in Kajang. 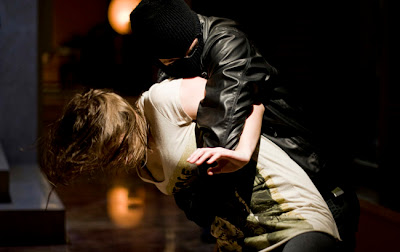 KUALA LUMPUR: A Japanese man who was lured to Malaysia with a promise of a beautiful wife was kidnapped by a syndicate and held for ransom.

The syndicate used a Filipino woman to hook the 51-year-old engineer via online social websites and Skype to make him fly to Malaysia with the intention of marrying her.

The man arrived on March 12 and was subsequently picked up by his “girlfriend” and brought to a condominium in Kajang.

Police discovered the kidnap attempt and rescued the man when they raided two units in the condominium around 9pm on Saturday.

Five syndicate members comprising three Nigerian men and two Filipino women, who are all in their 30s, were arrested.

City CID chief Senior Asst Comm Datuk Ku Chin Wah said police had to shoot one of the Nigerian men in the leg as he tried to attack a policeman during the raid.


Note: Image for illustration only - Source
Posted by BnW NewsWire at 12:56 pm No comments:

Najib: PNB staff to get additional month's bonus for 2012

Prime Minister Datuk Seri Najib Tun Razak said the bonus should spur the staff to work hard and ensure that achievements of the past 35 years could be continued.

"This bonus is on top of the bonus for 2012. I also encourage companies in the PNB group that do well to consider giving the same to staff.

"I hope with the remuneration, the staff will work even harder," he said at PNB'S 35th anniversary dinner here on Sunday.

Najib also announced that 2,474 children of PNB staff, aged below 23 years, will receive RM1,000 each in the form of Amanah Saham 1Malaysia units this year.

Hibah Amanah for Muslims and Pengistiharan Amanah for non-Muslims will benefit 11 million unit holders who subscribe to the nine unit trust schemes.

"These new services will help ASBN unit holders plan their inherited properties so that they can be distributed to beneficiaries faster."

PNB employees were also reminded that the success achieved could only be continued if the Barisan Nasional was given the mandate to rule the country.

Najib, who is Finance Minister, was proud of PNB's efficiency in managing shares such as Amanah Saham Nasional (ASNB) and Amanah Saham Bumiputra (ASB).

"Dividends and bonuses totalling RM103.5 billion paid out so far show that companies in the PNB group have been managed efficiently.

"Another thing that caught my attention is PNB assets worth RM237 billion as of December 2012. Last year PNB recorded the highest profit of over RM2 billion. This excludes the RM11.81 billion profit via ASNB unit trusts." - Bernama
Published 18 March 2013

Posted by BnW NewsWire at 11:36 am No comments: