Yes, that is the announced Recommended Retail Price, RRP in Malaysia. 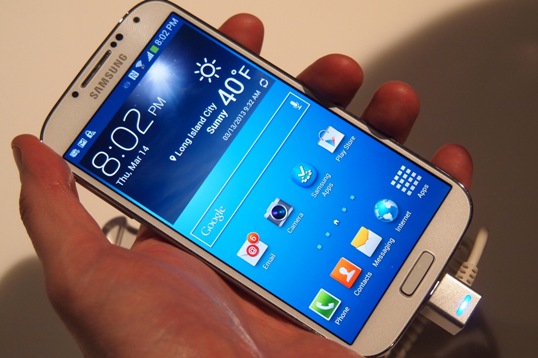 To be retailed at RM2,199 un-locked/ without SIM card

While there is no official announcement yet from Samsung Malaysia, it is obvious the official retail price for the Galaxy S4 is RM2,199 - phone set only, without data plan/ contract. One of the local telecommunications service providers - purposely or otherwise - revealed the RRP in its website.

According to DiGi store online, the S4 will be available in the local market at the end of this month, which is just few days away from now. If you subscribe to the telco's data plan, you can buy it for as low as RM1,199.
- Source


It seem that Apple is playing catch-up again with Samsung. iPhone 5S is no where to be heard of yet.


Posted by BnW NewsWire at 4:36 pm No comments: