This is the Miracle Pine of the tsunami-hit Japan 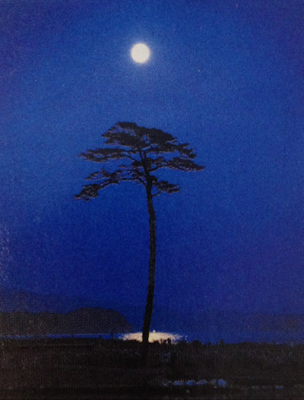 Of the 70,000 trees that once stood in the old forest of Rikuzentakata in the Iwaya Prefecture of Honshu, only one was left standing after the earthquake of Mar 2011. The sole survivor was nicknamed the 'Miracle Pine', though it succumbed to toxic salinity levels deposited in the soil a year later.

But now it has risen again anew, in the form of a sculpture - the Miracle Pine Project - marking the second anniversary of the disaster.

Using plastic moulds of the pine tree's trunk and branches, and steel needles for the leaves, the 1.4 tonne sculpture is anchored exactly where the original tree stood, which during its life survived not just one, but three devastating tsunamis. Posted by BnW NewsWire at 12:53 am No comments: ROMPIN: Hell hath no fury like a 'tomboy' scorned...

A 'tomboy' whose relationship with her teenage girlfriend did not get the approval of the latter's family, was all fired-up - literally.

Taking matters into her hands, the furious suitor allegedly torched the girlfriend's house in Felda Keratong 10 near here early yesterday.

In the 2am incident, the 17-year-old girl was sound asleep when she smelt smoke in her room. She awakened her family members and alerted the fire and rescue department.

A team of firemen put out the blaze but could not prevent the fire from destroying the teenager's bedroom. Initial investigations by the department revealed that the house was torched.

Rompin police chief DSP Johari Yahaya said the police were tracking down a 21-year-old suspect, from Felda Kerotong 10, to facilitate investigations into arson.

"The suspect, who was jobless and had a criminal record for drug-related offence, was furious that her relationship with the teenager was not approved by the latter's family," he told reporters here today.