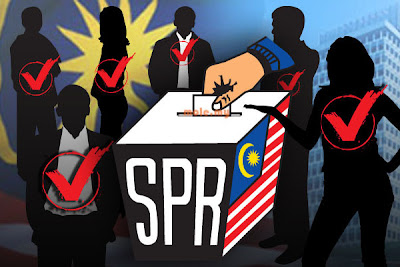 The Election Commission (EC) has announced that the highly-anticipated 13th general election will take place on May 5, while the nomination of candidates will be held on April 20.

This provides for a campaign period of 15 days – the longest in over three decades.

Advance polling is fixed for April 30, for the police, armed forces and EC staff and their spouses to cast their ballots.

Voters can check details of their polling centre with effect from April 15.

The announcement was telecast ‘live’ by several television stations, which began the broadcast at 12.34pm.

State and parliamentary polls will take place simultaneously except in Sarawak, where the next state polls are not due till 2016.


Source: Malaysiakini2
Posted by BnW NewsWire at 3:26 pm No comments: