PETALING JAYA: A Twitter user claiming to be the daughter of self-proclaimed Sulu Sultan Jamalul Kiram III has caused a stir with tweets like “please tell your government to give our land back!”.

Princess Jacel Kiram began using the handle @jacelkiram on Wednesday afternoon and already has over 2,400 followers.

User @geminianeyes replied: “Honestly though, Ms @JacelKiram, did you really expect us to welcome you with open arms when your army landed on our shores with guns?”

User @soulzoul said: “it's not rent mak cik, it is called cession money. You know your history but can't Google the meaning of cession?”

Comedian @HarithIskander asked: “Do people who are insane realise they're insane?”


TheStar Online
Posted by BnW NewsWire at 1:16 pm No comments:

Moral of the story: Don't underestimate an 'ugly' man. 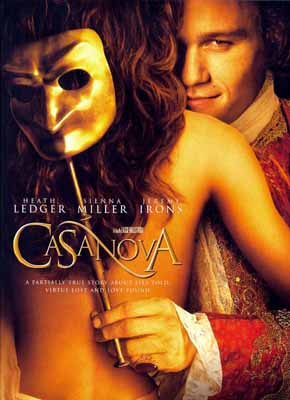 No, this is not him

KUALA LUMPUR: He has been described as “short, tanned, thin and not particularly handsome” but this has not stopped a Casanova here from conning glamourous models into having sex with him.

The man, who variously calls himself “DKDK Choong”, “Alvin Choong”, “Ray Choong” and “Derek Choong”, lures these models with lucrative job offers before bedding them and even stealing from them.

However, his two-year run may be coming to an end after freelance model and former Miss Malaysia finalist Leng Yein, 28, took to Facebook to warn the public about his conniving ways.

Leng, who claimed she was harrassed by the man, said that more than 50 women and men had responded to her posting within a week with allegations that he had targeted them.

“The men are photographers who were duped by him into giving out the telephone numbers of models. He has told them he is also a photographer who needed models for a shoot.

“Many of the women claimed that he stole their money and handphones from their handbags after meeting them in hotel rooms.

“He would then repeatedly call them and threaten to post their nude photographs on the Internet,” she said at the MCA Public Services and Complaints Department here yesterday.

“What sickens me most is that he has tricked some of the women into having sex with him before disappearing.

“Yet, he continues to harass them on the phone,” said Leng, adding that sometimes, the man would not even show up for the meetings but would harass the women with calls and text messages.

A few of the victims, she said, had lodged police reports against the man who they said was “short, tanned, thin and not particularly handsome”.

Leng was accompanied by freelance model Cookies Yap, and photographers Jawsus Cheng and Phillip Lee who all claimed to have had previous experiences with the man.

Department head Datuk Seri Michael Chong urged others who had fallen victim to the man's schemes to come forward, adding that those who had lodged reports should send him a copy at michaelchong@mca.org.my.

“We will compile the reports and work with the police to catch this man,” he said.

Posted by BnW NewsWire at 12:05 pm No comments: