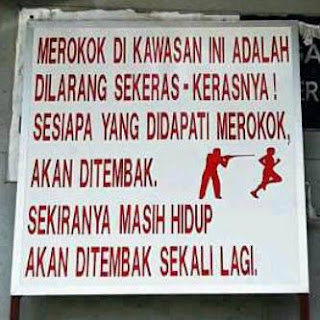 They know it's wrong but Malaysians prefer to pay bribe!

Read what Transperency-International Malaysia thinks about bribing practice in this country:


TI-M president: Malaysians have no conviction to fight corruption
Dec 10, 2012

KUALA LUMPUR: Malaysians rather pay their way out of trouble despite knowing corruption is wrong. Transparency International-Malaysia (TI-M) president Datuk Paul Low said Malaysians were aware of corruption but had no conviction to fight it.

“I believe as much as they are aware (of corruption), when faced with a situation, they will probably pay their way out of trouble because to a certain extent, corruption has become a way of life,” he said after launching a walk against corruption at Taman Tasik Perdana yesterday.

In citing a 2010 Global Corruption Barometer survey conducted by TI-M, Low said that it found one in 10 Malaysians had paid a bribe. However, he believed the actual number could be higher at two or three to 10.

He said another survey conducted with businessmen found one out of two have lost contracts or sales due to non-payment of bribes.

“We are afraid if nothing is done to tackle corruption, it can be endemic and institutionalised,” he said.

He said Malaysians should change their attitude by being firm and say no when someone solicited bribes. He said all stakeholders had to fight against corruption and uphold integrity, with society playing the role of a watchdog.

“We don't pay, we don't bribe. If someone ask for a bribe or extort from us, we have to inform the MACC (Malaysian Anti-Corruption Commission),” he said.

He paid tribute to the Government's seriousness in tackling graft, saying that Malaysia was likely the only country in the world to use the transparency index as part of its Key Performance Index (KPI). He said the Government had also passed the Whistleblowing Protection Act, uploaded names of those charged with corruption on MACC's website and set up a whistleblowing hotline.

“Additionally, 14 courts to handle corruption cases are being established as well as getting companies to sign the Corporate Integrity Pledge to uphold anti-corruption principles.

“It shows we are prepared to tackle corruption head-on,” he said.

Posted by BnW NewsWire at 6:51 am No comments: