The Court of Appeal has fixed five days from Feb 5, 2015 to hear the appeal. - File Photo

KUALA LUMPUR: The five children of cosmetic millionaire Datuk Sosilawati Lawiya, who was murdered in 2010, today obtained leave from the High Court for a judicial review to compel the National Registration Department(NRD) to issue a death certificate for their late mother.

Mohd Iskandar told reporters that the court fixed Dec 8 for case management. It will set another date to hear the merit of the judicial review.

They are seeking, among others, an order to quash the NRD's decision on July 25 not to issue a death certificate for Sosilawati, who was killed in a plantation in Banting, Selangor.

In a letter to NRD, the children stated that they needed the death certificate to enable them to distribute their mother's estate to the deceased's next-of-kin.

Erwan Suwari Rizuwan, in a supporting affidavit, claimed that NRD, in an oral explanation, said that a death certificate could not be issued for Sosilawati as no body had been found and, as provided under Section 18 of the Births and Deaths Registration Act 1957, that if no body was found, the person would be assumed to be missing.

He said because of that NRD said Section 108 of the Evidence Act would be applicable whereby if a person could not be found or contacted after seven years he or she could be regarded as dead and a declaration of death could be made.

However, Erwan Suwari Rizuwan said there were special circumstances in his mother's case as the court could declare her dead based on the testimony and evidence brought up in her murder trial, even if her body was not found and the seven-year period had not passed.

The NRD, in a letter dated July 25, 2014 to Sosilawati's family, stated that the registration of Sosilawati's death could only be considered after the disposal of the appeal case of the four accused in her murder by the Court of Appeal.

The Court of Appeal has fixed five days from Feb 5, 2015 to hear the appeal.

- Source: Bernama
Posted by BnW NewsWire at 8:11 pm No comments: - Sumber: Bernama
Posted by BnW NewsWire at 7:40 pm No comments: - Sumber: Bernama
Posted by BnW NewsWire at 7:31 pm No comments: Virgin Racing’s Sam Bird cruised to victory at the first ever Formula E Putrajaya ePrix last Saturday (Nov 22). Held on the streets of Malaysia’s administrative capital, the race was Round 2 of the inaugural Formula E series that uses identical electric powered race cars. The first race was in Beijing, China.

The Brit finished the 31-lap race ahead of Beijing winner and championship-leader Lucas di Grassi (Audi Sport ABT) and e.dams-Renault’s Sebastien Buemi, two names that Formula 1 fans will be familiar with. Both started at the back of the grid and fought well to stand on the podium. Nicolas Prost, son of Alain, continued the strong form he showed in qualifying to finish fourth. The e.dams-Renault driver started from 11th after carrying over a 10-place grid penalty for causing an avoidable collision in Beijing. Dragon Racing’s Jerome d’Ambrosio drove from last place on the grid to come home in fifth. The Belgian qualified in the top-three only to be penalised for exceeding the maximum power usage.

Viewers didn’t have to wait long for drama. The BMW i8 safety car was deployed on the opening lap for marshalls to clean the track as the only two female drivers on the grid – Amlin Aguri’s Katherine Legge and Michela Cerruti (Trulli) – collided. 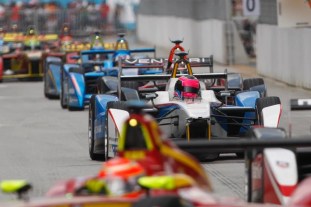 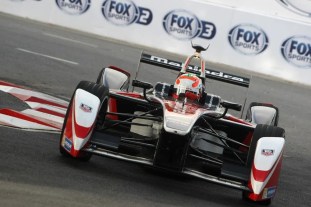 Later, Andretti’s Matthew Brabham clashed with Venturi’s Nick Heidfeld at the tight turn 10 hairpin. Brabham’s team-mate Franck Montagny was in a feisty mood as he carved his way through the field, but forced Heidfeld into the tyre barrier on the outside of turn five. The German’s stricken Venturi brought out the safety car for a second time.

Mahindra’s Bruno Senna, another ex-F1 driver, crashed heavily on the final lap in pursuit of Buemi for the final podium spot. You can check out all the action in the video below.

The next Formula E race will be in Uruguay’s Punta Del Este on December 13. The electric series will then head to the streets of Buenos Aires, Miami, Long Beach, Monte Carlo and Berlin before ending the season in London.

- Source: paultan.org
Posted by BnW NewsWire at 7:30 am No comments: - Sumber: Astro Awani
Posted by BnW NewsWire at 7:21 am No comments: - Sumber: Bernama
Posted by BnW NewsWire at 6:50 am No comments:


BUKIT MERTAJAM: A human foetus believed to be three months old, was found in the girls' toilet at a secondary school in Machang Bubok, here today.

A police spokesman said in the 3.30 p.m. incident, a teacher found the foetus before informing the police.

"A police team was sent to the location and after an investigation, found the foetus on the floor of the toilet.

"Investigations by the Forensic Unit found that the foetus had died due to a miscarriage and police have sent the foetus to the Bukit Mertajam Hospital for a post-mortem," he said here today.

He said police also recorded statements from several individuals including a teacher in the school, to assist in the investigations.

- Source: Bernama
Posted by BnW NewsWire at 6:45 am No comments: Police on arrival at the scene at the first floor of the mall found his abdomen disemboweled. - Source Perak Police

IPOH: An Indonesian man was stabbed to death after coming under attack by a group of men at a shopping mall here yesterday.

Ipoh police chief, ASP Sum Chang Keong said in the 5.30pm incident, the victim, Al-Amin, 31, a construction worker, was believed to have been attacked by 10 to 15 men, also Indonesians.

"Police on arrival at the scene at the first floor of the mall found his abdomen disemboweled," he told a press conference here today.

He said the body was sent to the Raja Permaisuri Bainun Hospital here and that no arrests had been made yet.

In a separate case, Sum said police smashed a robbery gang going by the name of 'Geng Lima Pagi' which was active in the Tambun and Bercham areas with the arrest of six of its members at various locations in the city recently.

He said the leader of this gang was a 17-year-old and that police seized various stolen items from the gang, among them a Trinity tablet, A Lenovo power Nokia, Samsung Grand and IPhone smartphones and a black Honda EX5 motorcycle.

- Source: Astro Awani
Posted by BnW NewsWire at 12:14 am No comments: