What is the likely speed that you get from Malaysia's 3G broadband? Maybe 2Mbps, maybe 5Mbps if you are lucky.

How about the so called 4G? Claimed to be up to 75Mbps but the likely speed the folks will get is just 20 to 30Mbps of download speed.

Well. In Japan, we have the world's fastest internet service with 2Gbps (2,000Mbps) download speed. That's about 1,000 times faster than our average speed of 2Mbps!


Engadget reported that Japan has the world's fastest commercially-provided home internet service called Nuro. Launched on April 15 by Sony-supported ISP So-net, the fiber connection pulls down data at 2 Gbps, and sends it up at 1 Gbps.

An optical network unit (ONU) given to Nuro customers comes outfitted with 3 Gigabit ethernet ports and supports 450 Mbps over 802.11 a/b/g/n. When attached to a two-year contract, web surfers will be set back 4,980 yen (RM154) per month and pony up a required 52,500 yen (approx. RM1,630) installation fee, which is currently being waived for those who apply online.

Consumers can register their house, apartment or small business to receive the blazing speed, so long as they're located within Chiba, Gunma, Ibaraki, Tochigi, Tokyo, Kanagawa or Saitama.

IRB said deadline to submit BE forms via e-Filing extended to May 15, 2013

This should be good news!

LHDN (Inland Revenue Board, Malaysia) is giving you more time to send in your BE Form to avoid penalty for late submission. 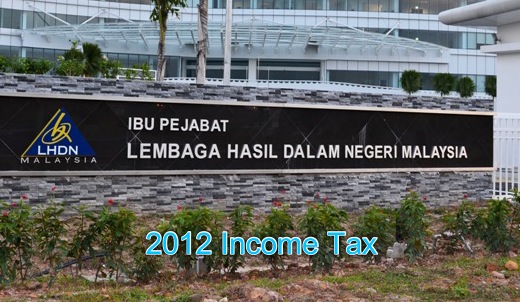 Deadline to send BE forms via e-Filing extended to May 15, says IRB

KUALA LUMPUR: The deadline to send the BE income tax return forms for income earned from non-business and to pay the tax balance via e-filing has been extended to May 15, the Inland Revenue Board (IRB) said yesterday.

IRB public relations officer Masrun Maslim the extension was to encourage more taxpayers to use the electronic system which was easier and faster.

“However, for taxpayers, who prefer to fill up the forms manually, the deadline remains on Tuesday. We encourage them to send the forms by post to make sure the IRB receives the forms on May 3, at the latest,” he told Bernama.

Asked on public complaints on the difficulty they faced to send the income tax return forms manually, Masrun said the IRB has not received such complaints todate. He said that it could be an isolated case.

“Checks made in several branches such as in Cheras, Wangsa Maju and Kota Baharu showed they still accepted the forms sent in manually.

“There’s a special box provided for them who wished to send the forms by hand,” he said.

Masrun said the IRB had always encouraged taxpayers to fill up the forms via e-Filing as it could not only save cost but would also ensure the safety of the personal income tax data sent to the IRB.

“The e-filing method also helps to preserve the environment as we use less paper,” he said.

To date, the IRB has received about 1.5 million various income tax statements through e-Filing as compared to 1.4 million forms in the same period last year, he said.

Masrun said the response for e-Filing has been very encouraging, accounting for 70 per cent of the total income tax returns received last year.

“Over-deducted income tax can also be processed quickly for taxpayers who have filed their tax returns via e-Filing,” he said.

“Hence, I advise taxpayers who send in their tax returns at the eleventh hour to opt for the e-Filing method.

“I’m sure the problem of sending in the forms late after the deadline has lapsed can be avoided as e-Filing is easier, accurate and safe,” he added.

According to the IRB website, the last date to apply for personal identification number (PIN) for e-Filing via e-mail to send in BE forms is on April 30. — Bernama


Source
Posted by BnW NewsWire at 9:51 pm No comments: