Branson dresses in drag to honour bet with Fernandes

Branson and Fernandes had wagered on their respective Formula One teams finishing ahead of the other during their 2010 debut season in Abu Dhabi.

They agreed that the loser would serve as a female flight attendant on board the winner's airline.

The normally suave and manly Branson made quite an arresting sight in drag as he batted his false eyelashes and smiled at the crowd upon arriving at LCCT after serving as an air stewardess on a special AirAsia X charity flight from Perth, Australia Sunday morning.

The billionaire entrepreneur also shaved his legs as promised but insisted on keeping his beard, which made a startling contrast to the lipstick he had slicked on.

However, Branson also made sure he got his revenge on Fernandes by purposely tipping a tray full of orange juice over the AirAsia boss.

"I looked at him and said 'don't you dare'. I wanted to kill him!" said Fernandes with a laugh.

He then told reporters he had to be in his underpants for a while as he did not bring a change of clothing, but that another flight member had kindly lent him a pair of shorts while his jeans were being dried.

He also promptly "fired" Branson upon landing, and gave him a certificate to recognise he had "graduated" as an AirAsia stewardess.

Branson on his part said he had huge respect for the "fabulous flight attendants" who performed their jobs everyday.

Around RM600,000 (AUD$200,000) was raised for the charity flight which will go to the Starlight Children's Foundation in Australia. The foundation is dedicated to brightening the lives of seriously ill and hospitalised children and their families across the country.

Source: The Star
Posted by BnW NewsWire at 4:36 pm No comments:

Posted by BnW NewsWire at 4:04 pm No comments: 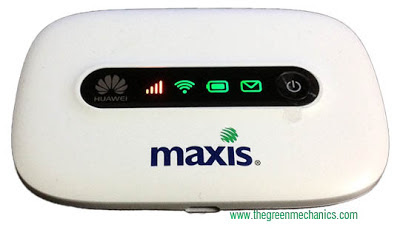 Radio waves emitted through Wi-Fi technology are at much lower intensities.


It is good that most of your computing works today are seamless and done wirelessly, thanks to WiFi technology. But the more you use it the more you'll be wondering if there've been health risks linked to it.

Wi-Fi is the name of a wireless networking technology that allows an electronic device to exchange data wirelessly and it provide high-speed Internet and network connections. It is based on radio waves whose frequency is similar to that of microwaves.

Given what microwave ovens can do to, say, meats, chicken nuggets, it is perhaps not surprising that there has been concern that exposure to Wi-Fi could be unhealthy. Fortunately, however, while they are found to be used everywhere, Wi-Fi waves are emitted at far lower intensities than microwaves in ovens. As a result, they cannot produce anything like the same heating effect.

Even so, some people still worry that perhaps even this far weaker effect could cause damage after years of exposure. To date, epidemiologists have failed to uncover any consistent evidence for even long-term effects.

It does, however, suggest that the health effects, if there are any, are pretty weak, and that we should worry about more hazardous things, such as tripping over all the cables we would need if we did not use Wi-Fi devices.

Technology, as it seem, is something you cannot go without.

KUALA LUMPUR: A 56-year-old man was detained in connection with the murder of Customs deputy director-general Datuk Shaharuddin Ibrahim.

Kuala Lumpur police chief Deputy Comm Datuk Mohmad Salleh said the suspect was detained by a special task force in Petaling Jaya at about 8.30am on Saturday.

“We believe the suspect is a person of interest.

“He has been detained to faciliate investigations into the murder of Shaharuddin,” he said in a statement Sunday.

He added the suspect would be remanded. Asked whether police would be making more arrests, he declined to elaborate.

However, DCP Mohmad said police would utilise all of its resources to catch the culprits responsible for the shooting as it is a high profile case.

“The police is still investigating the matter and we aim to uncover more leads.

“I hope the media and the public can give us room to investigate the case thoroughly,” he said.

As of today, more than 35 people have been questioned by police in connection with Shaharuddin's murder.

The police questioned these individuals in a bid to ascertain the motive for the shooting but detailed information could not be divulged as it may jeopardise investigations.

Shaharuddin, who headed the Customs and Internal Tax Unit division, was a year away from retirement when he was shot on April 26. He left his house in Dengkil at 7.55am in a Nissan SUV and was shot at a traffic light at the Lebuh Wawasan-Lebuh Sentosa flyover 20 minutes later by two men on a motorcycle.

The pillion rider fired three shots with an automatic weapon.

The Negri Sembilan-born Shaharuddin served the department for over 30 years. His work earned him the moniker “Mr Clean”.

Source: The Star
Posted by BnW NewsWire at 2:25 pm No comments:

Two men were shot following an argument at a restaurant near Bandar Tun Razak in Kuala Lumpur.

Sources revealed the men, both 29, believed to be intoxicated, got into an argument with a group of people at the restaurant located along Jalan Budiman 19 at about 7.30pm on Saturday.

After a scuffle with the group the two men fled the scene on their motorcycles.

However, the group of men gave chase and fired several shots when they caught up with the victims some 500m away.

"So far we have not arrested any suspects but we have some leads to trace the suspects," he said when contacted Sunday.

He urged anyone with information to contact the nearest police station.


The Star online
Posted by BnW NewsWire at 2:07 pm No comments:

Barcelona were crowned La Liga champions without kicking a ball after Espanyol held Real Madrid to a 1-1 draw.

Madrid had needed to win the match to keep their faint title hopes alive but fell behind when Christian Stuani prodded home from a corner.

Madrid rallied early in the second half and levelled when Luca Modric’s delivery was glanced in by Gonzalo Higuain before the game descended into a series of fouls and bookings.

A late horror challenge from Victor Sanchez on Higuain earned a straight red and soured a feisty encounter which saw no fewer than eleven yellow cards.

After a week of speculation linking Jose Mourinho with a return to England, the clash provided the Portuguese manager the opportunity to turn his attention to matters on the pitch.

He elected to field a weakened side ahead of Madrid’s Copa del Rey final date with local rivals Atletico Madrid, leaving the likes of Cristiano Ronaldo and Karim Benzema on the bench, and it showed from the start with Espanyol causing them all sorts of problems.

Espanyol did take the lead soon after when Joan Verdu’s corner was knocked back across the goal by Sergio Garcia leaving Stuani to prod home from inside the area.

The second half started sluggishly as Espanyol frustrated Madrid, not allowing their more illustrious opponents any time or space, but the introduction of Ronaldo altered the complexion of the game with the Portuguese frontman drawing a foul on the left touchline with his first involvement.

Despite needing another goal to prevent their fierce rivals taking the La Liga title, Madrid lacked passion and drive with even Ronaldo struggling to break down a resolute Espanyol defence.

The home team almost snatched it with ten minutes to go when Forlin fed Stuani in the area but the forward, under pressure from Michael Essien, couldn’t get his shot away.

The game turned sour as a series of a yellow cards broke up the play with both teams seemingly content with a draw.

Sanchez’s late challenge on Higuain, and subsequent red card, rounded off an encounter which will be remembered more by the amount of cards – twelve in total – and Barcelona’s title victory than the actual football on display.

Source: Eurosport
Posted by BnW NewsWire at 7:56 am No comments: