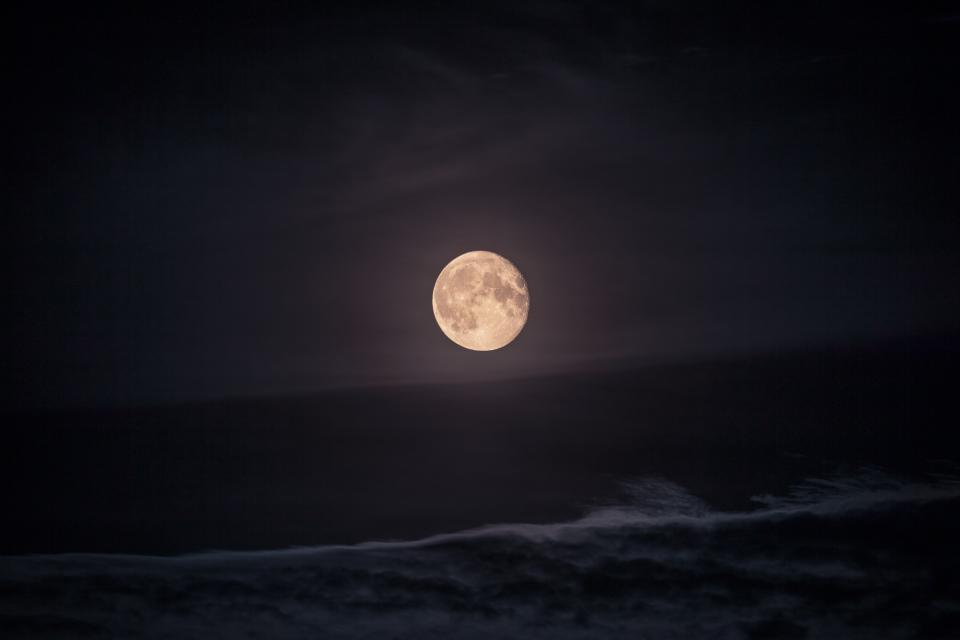 - Sumber: Amanz
Posted by BnW NewsWire at 4:43 pm No comments: An investigator at the committee said they finished the final draft of the report and distributed it to several countries for feedback. - File Photo

JAKARTA: Indonesia will on November 25 announce the results of an investigation into the AirAsia crash last year that killed 162 people, the committee probing the case said Saturday.

The Airbus A320-200 went down in the Java Sea on December 28 in stormy weather during what was supposed to be a short trip from the Indonesian city of Surabaya to Singapore.

In the preliminary report in January, investigators who went through the black boxes discovered that prior to the crash the jet had climbed fast through large storm clouds and that the stall alarms started going off.

They also revealed that Flight QZ8501's less experienced French co-pilot, Remi Plesel, was flying the plane before it went down, rather than Captain Iriyanto, a former fighter pilot who had around 20,000 hours of flying time.

An investigator at the committee said they finished the final draft of the report and distributed it to several countries for feedback.

Countries which got copies included France, the manufacturer of the aircraft, and the US, which made some of the plane's components.

- Source: AFP
Posted by BnW NewsWire at 4:39 pm No comments: The baby girl born in Bangladesh on Wednesday. - AFP Photo

DHAKA: Doctors at a Bangladesh hospital were treating a baby girl born with two heads on Thursday, medical officials and the newborn's father said.

The baby was born late Wednesday and is now being treated for breathing difficulties after being shifted to the intensive care unit of the country's largest hospital in Dhaka.

"When I saw my baby, I was awestruck. She has two fully developed heads. She is eating with two mouths and breathing with two noses," her father, Jamal Mia, said.

"Still, I thank Allah that she and the mother are now okay," Mia told AFP.

Abu Kawsar, owner of the Standard Hospital of Total Healthcare where the baby was born by Cesarean section, said initial tests showed she only has one set of vital organs.

"Except for having two heads, the newborn has the rest of her organs and limbs like a normal newborn," Kawsar told AFP.

Thousands of people thronged the hospital in Brahmanbaria, where she was born, some 120 kilometres (75 miles) east of Dhaka, after news spread of the "miracle newborn".

"The entire town poured into the clinic. There were thousands of people with some of them coming from the nearby villages," he said.

"It's good that the baby has been shifted to Dhaka. Otherwise, it would have been difficult for us to control the crowd."

Her father, Mia, a poor farm labourer, said he was concerned about how he would manage to care for the baby if extra expenses were needed.

"I feel sad for her. She has been born to a poor man. I don't have money to even properly treat her mother," he said.

A baby was also born in Bangladesh with two heads in 2008 but later died. Police said around 100 people were killed at the Bataclan music venue in eastern Paris alone, where one witness said an attacker yelled "Allahu Akbar" (God is greatest). - AFP Photo

PARIS: Facebook launched a check-in feature to let people know that friends in Paris were safe after a series of bombings and shootings in the French capital killed at least 120 people on Friday.

The "Paris Terror Attacks" safety check let people signal whether they were out of harm's way, then notified all those they know at the leading social network.

"Quickly find and connect with friends in the area," a message at the Facebook Safety Check page read. "Mark them safe if you know they're OK."

The feature also allowed people to check which friends listed as being in Paris had not yet checked in as safe.

"We are shocked and saddened by the events unfolding in Paris," a Facebook spokesman told AFP.

"Communication is critical in these moments both for people there and for their friends and families anxious for news."

The death toll in the "unprecedented" series of attacks across Paris climbed through the night.

Police said around 100 people were killed at the Bataclan music venue in eastern Paris alone, where one witness said an attacker yelled "Allahu Akbar" (God is greatest). The 2016 Hyundai Tucson has finally been launched in Malaysia at Hyundai Sime-Darby Motors‘ new regional training academy centre in Mutiara Damansara. First things first, the all-new third-generation rival to the likes of the Kia Sportage, Honda CR-V, Nissan X-Trailand Mazda CX-5 will be offered to Malaysian customers in two trim levels – the entry-level Elegance variant and the range-topping Executive model.

Difference are merely on the surface, though. Both variants of the 2016 Hyundai Tucson are motivated by a naturally-aspirated 2.0 litre MPi Nu four-cylinder petrol engine with 155 PS at 6,200 rpm and 192 Nm of torque at 4,000 rpm. Drive gets channeled to the front wheels via Hyundai’s very own six-speed automatic transmission. Fuel consumption has been rated at 7.9 l/100 km on the combined cycle.

Dimensions wise, the 2016 Hyundai Tucson stands at 1,655 mm and is 1,850 mm wide. Overall length is recorded at 4,475 mm whilst the wheelbase spans 2,670 mm. Additional technical details include mentions of a suspension setup consisting of MacPherson struts in front and a multilink layout in the rear. The front brake discs are ventilated whilst the rear units are solid pieces.

On to the way it looks, then. While both models put Hyundai’s latest Fluidic Sculpture 2.0 design language to good use, a few details help mark them out from one another. On the entry-level Elegance variant, the front grille is treated to a silver finish while the Executive model gets chrome coating. Both models are equipped with halogen projector headlamps but the Executive gets LED guide lights and daytime running lights. The Executive model is also equipped with fog lamps both front and rear as standard while the base model only features rear fog lights. Elsewhere, both models get 17-inch alloy wheels wrapped in 225/60 Continental ContiMax Contact MC5 tyres while the Executive variant is further differentiated via the inclusion of chrome door handles, mirror-mounted repeater lamps, puddle lights and electrically-operated folding side mirrors.

At the rear, there’s not much to differentiate the two with both units arriving on the scene with a tailgate spoiler which houses the LED third brake lamp. Below, two bevel-cut chrome-tipped “exhausts outlets” are to be found embedded into a silver-coloured diffuser-like element – said layout is purely cosmetic, though. A true single exhaust pipe is to be found hidden below.

Inside, the cabin features black leather seats with a honeycomb design and red stitching although customers can option out white nappa (RM1,988 option) or red leather (RM1,288 option) seats. Both are equipped with a leather-wrapped multifunction steering wheel that features manual telescopic-tilt adjustment. The Drive Mode Control which offers three driving modes (normal, sports and eco) is standard on the Executive. The Executive variant gets an eight-way power adjustable driver’s seat with lumbar support while the Elegance model has to make do with manual adjustment. The reclinable rears seats feature 60:40 split-folding capabilities (boot capacity is 488 litres) on both variants. The Executive is also equipped with a Super Vision 4.2-inch TFT LCD instrument cluster while the Elegance model has a 3.5-inch mono TFT LCD unit.

Additional goodies to be found on the Executive model include an electronic parking brake, electrochromic rear view mirror with compass, rear air-con vents and a driver’s side window with auto-up/down functionality – the latter on the Elegance features auto-down capability. Elsewhere, the Executive also gets an eight-inch Audio Visual Navigation infotainment system. A reverse camera is standard on both variants.

As for added driver convenience, the Executive variant adds on a Smart Key with a start-stop button (keyless entry is standard on both models), automatic cruise control and front and rear parking sensors. However, both models feature manual air-conditioning.

Safety kit on both variants include ABS with ESC, Hillstart Assist Control, Downhill Brake Control, Brake Assist System and Vehicle Stability Management. The Elegance model gets dual airbags while the Executive variant adds on side and curtain airbags for a total of six. A Safe Drive Recorder is standard on the Executive. Also, the bodykit (silver-coloured panels on the front and rear bumper and side skirts) is priced at RM1,988.

A 300,000 km/five-year (whichever comes first) warranty is standard with each purchase. Additionally, Hyundai Sime-Darby Motors is also offering a 50,000 km free service package with a validity of three years with every purchase of the new 2016 Hyundai Tucson.

- Source: paultan.org
Posted by BnW NewsWire at 10:06 am No comments: The Mitsubishi Triton VGT Adventure has had its price revised to RM110,218 with on-the-road (OTR) costs sans insurance – an increase of close to RM2,000. At launch, the same variant retailed for RM108,274 inclusive of OTR costs without insurance. The reason, provided by Mitsubishi Motors Malaysia (MMM), is due to the volatile foreign exchange situation.

While the Triton VGT Adventure suffers from a price hike, MMM has stated that it will maintain “the prices of other models until the first quarter of 2016, as announced.” Despite carrying a heftier price tag, the Mitsubishi Triton VGT Adventure is now available with a complimentary Adventure Sports Bar with every purchase plus a RM2,000 rebate. Alternatively, customers can also opt for a RM3,500 cash rebate and forgo the sports bar.

Launched in May 2015, the CBU from Thailand Mitsubishi Triton is available in five flavours with a choice of three engines. The Triton Quest kicks things off with a 2.5L DOHC common rail diesel engine pumping out 110 PS and 200 Nm. Moving up, the Triton M/T gets a a 2.5 litre common rail turbodiesel with 136 PS and 324 Nm. A five-speed manual sends power to the rear in both models.

The VGT variants, including the Adventure variant, is powered by a 2.5 litre variable geometry turbo engine with 178 PS and 400 Nm – a five-speed manual or automatic is available. Prices begin at RM67,604 for the Quest while the non-VGT Triton M/T is priced at RM83,163. The VGT M/T is priced at RM92,115 while the VGT A/T goes for RM98,550. All prices are inclusive of OTR costs sans insurance.

- Source: paultan.org
Posted by BnW NewsWire at 10:03 am No comments: