Don't travel with pressure cooker. It's considered a dangerous weapon!

If you plan to travel abroad, don't bring along a pressure cooker!

You'll be in a lot of of trouble if you travel to the US with one packed in your luggage because pressure cooker is now considered a dangerous weapon. Two pressure cookers were used in last month's Boston Marathon bombing.

Read on to find out why:-

The following is an extract from what AP reported on Monday, but you can read more at at Yahoo News:- 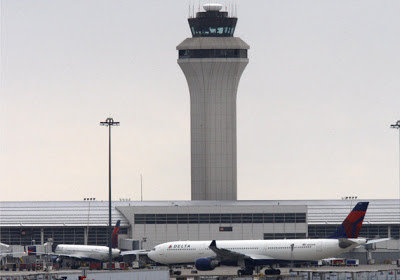 (AP Photo/Carlos Osorio) - File photo shows jets outside Detroit Metropolitan Airport. Saudi man, Hussain Al Kwawahir was arrested Saturday at the airport after lying about why he was traveling with a pressure cooker.

A Saudi man was arrested at Detroit Metropolitan Airport after federal agents said he lied about why he was traveling with a pressure cooker, but his nephew said Monday that it was all a misunderstanding about a device he simply wanted for cooking.

Hussain Al Khawahir was being held in Detroit on allegations of lying to Customs and Border Protection agents and of using a passport with a missing page. He was arrested Saturday.

His nephew, Nasser Almarzooq, told The Associated Press that he had asked his uncle to bring him the pressure cooker so he could make lamb. The college student said two pressure cookers he bought in the U.S. were "not good at all," and said the ones available in Saudi Arabia are higher quality.

Almarzooq said his uncle was coming to visit him for a couple weeks.

A criminal complaint alleges that Al Khawahir arrived at the airport Saturday on a flight from Saudi Arabia via Amsterdam, and that he told agents he was visiting his nephew.

He originally said he brought the pressure cooker with him because pressure cookers aren't sold in America, then later said his nephew had bought one but it "was cheap" and broke after one use, according to the complaint.

Agents said they also noticed a page was missing from Al Khawahir's passport from Saudi Arabia. He told them he didn't how it had been removed, and said the document had been locked in a box that only he, his wife and three children have access to in his home, according to the complaint.


PRAGUE (Reuters) - Part of an exhibition displaying outfits and photographs of Marilyn Monroe was stolen while being transported to the Czech Republic from Italy, the event's curator said on Wednesday.

The exhibition, commemorating the 50th anniversary of her death, was created by the Museo Salvatore Ferragamo in Florence last year.

Ferragamo was the actress' favourite shoemaker and she owned a dozen pairs of his hand-made shoes.

Curator Jan Trestik said a truck carrying mannequins and photographs was raided in an apparently coordinated attack in the central Czech Republic on trucks carrying luxury goods from Italy.

David Sebek, spokesman for Prague Castle, which is due to host the show, said most of the exhibits, including her dresses, had already arrived intact.

Prague police spokesman Tomas Hulan said officers were investigating the case but refused to give any details.


Posted by BnW NewsWire at 6:34 pm No comments:

Toyota Camry upgraded for 2013 - and pricing

The top range Camry 2.5V variant with its new value added features retains the same starting price as before at RM180,917.10. 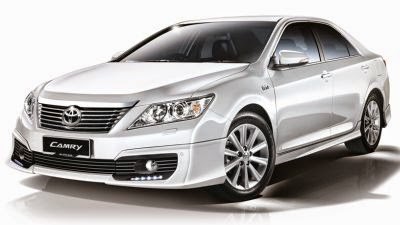 In a statement, UMW Toyota Motor Sdn Bhd said the system detects wheelspin during high-speed cornering or cornering on slippery surfaces, a condition which can cause the car to skid out of control and possibly crash.

Whenever such a condition (oversteer or understeer) is detected, the system applies the appropriate amount of braking force on certain wheels and also cuts back on engine power to allow stability and grip to be regained.

All variants of the latest Camry now has ISOFIX attachment points at the rear.

With these attachment points, compatible child seats can be easily and securely installed in the rear seating area. Also, Camry 2.5V now has a black interior (instead of beige), in response to customers' feedback.

The black interior can also be found in the Camry 2.0G. The leather upholstery for the 2.5V and 2.0G has also been upgraded to a smooth grain type.

Owners of the Camry 2.0G now also have the convenience of the Smart Entry & Start System, which has been standard for the Camry 2.5V.

This system makes locking/unlocking of the doors and boot lid more convenient while starting the engine requires just the press of a button.

The upgraded Camry 2.5V maintains its price tag, while there is a RM1,000 price increase for the 2.0G variant.

Posted by BnW NewsWire at 4:58 pm No comments: